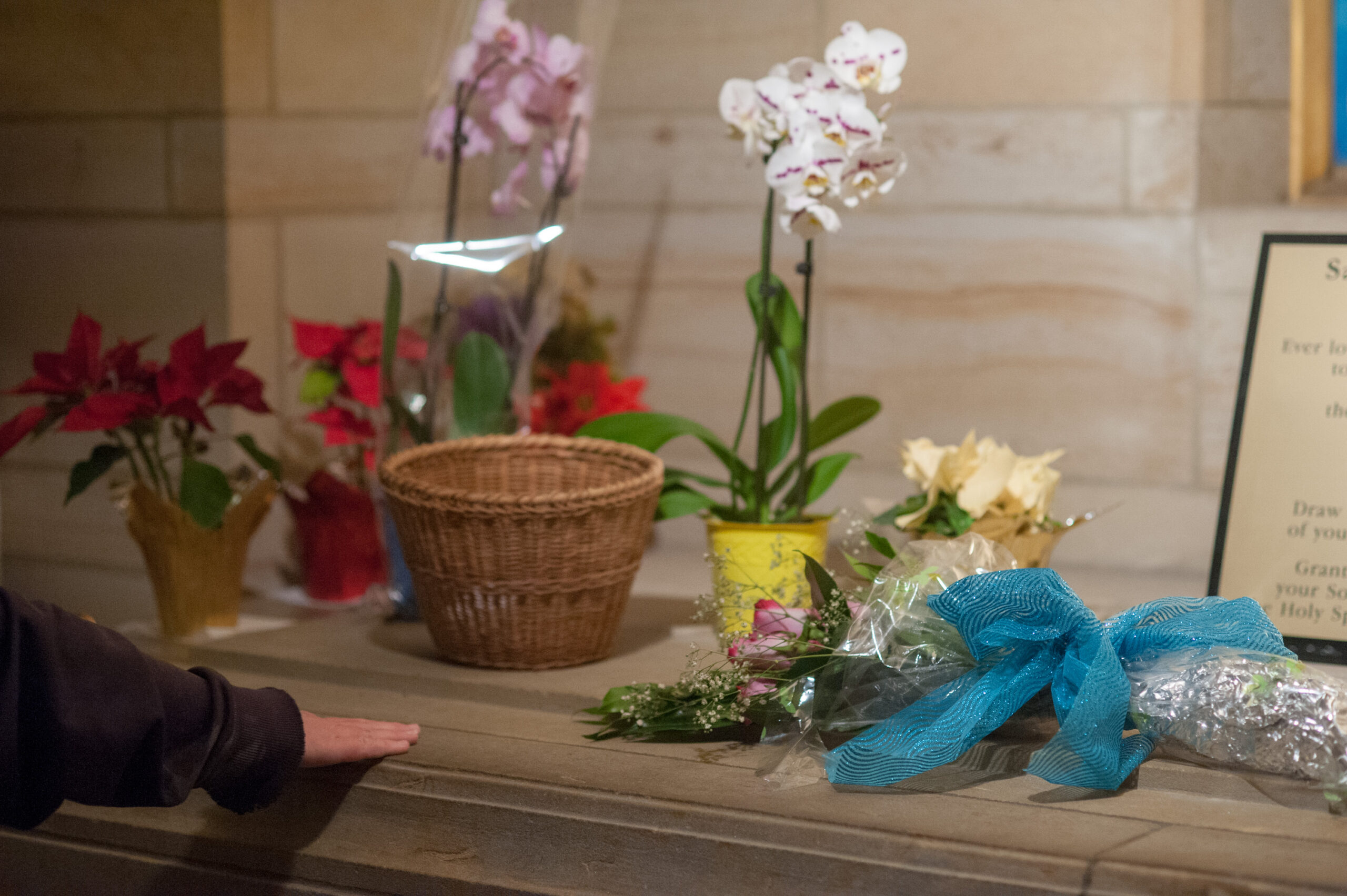 One of the last visitors, Colleen Mooney-Coughlin of Bensalem, Pennsylvania places her hand on the tomb of St. Katharine Drexel at the National Shrine of St. Katharine Drexel Saturday, December 30, 2017 in Bensalem, Pennsylvania. Drexel was an American heiress who dedicating herself to work among the American Indians and African-Americans in the western and southwestern United States. She was canonized a saint by the Roman Catholic Church in 2000. (Photo by William Thomas Cain/Cain Images)