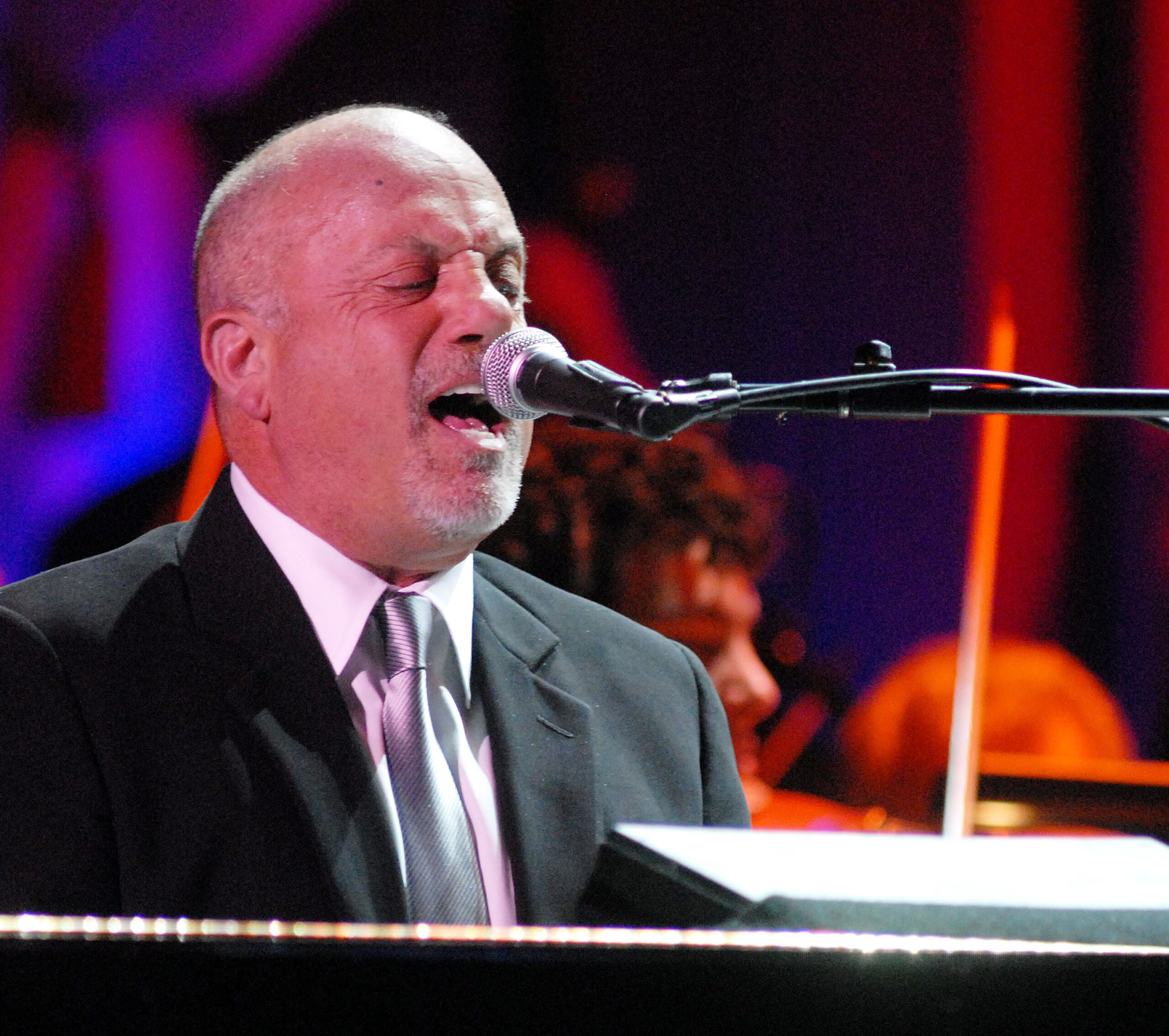 PHILADELPHIA – JANUARY 26: Musician Billy Joel performs during the 151st Anniversary of the Academy of Music January 26, 2008 in Philadelphia, Pennsylvania. The Philadelphia Orchestra debuted one of Billy Joel’s original compositions and Joel performed for the first time with a major orchestra. (Photo by William Thomas Cain/Getty Images)