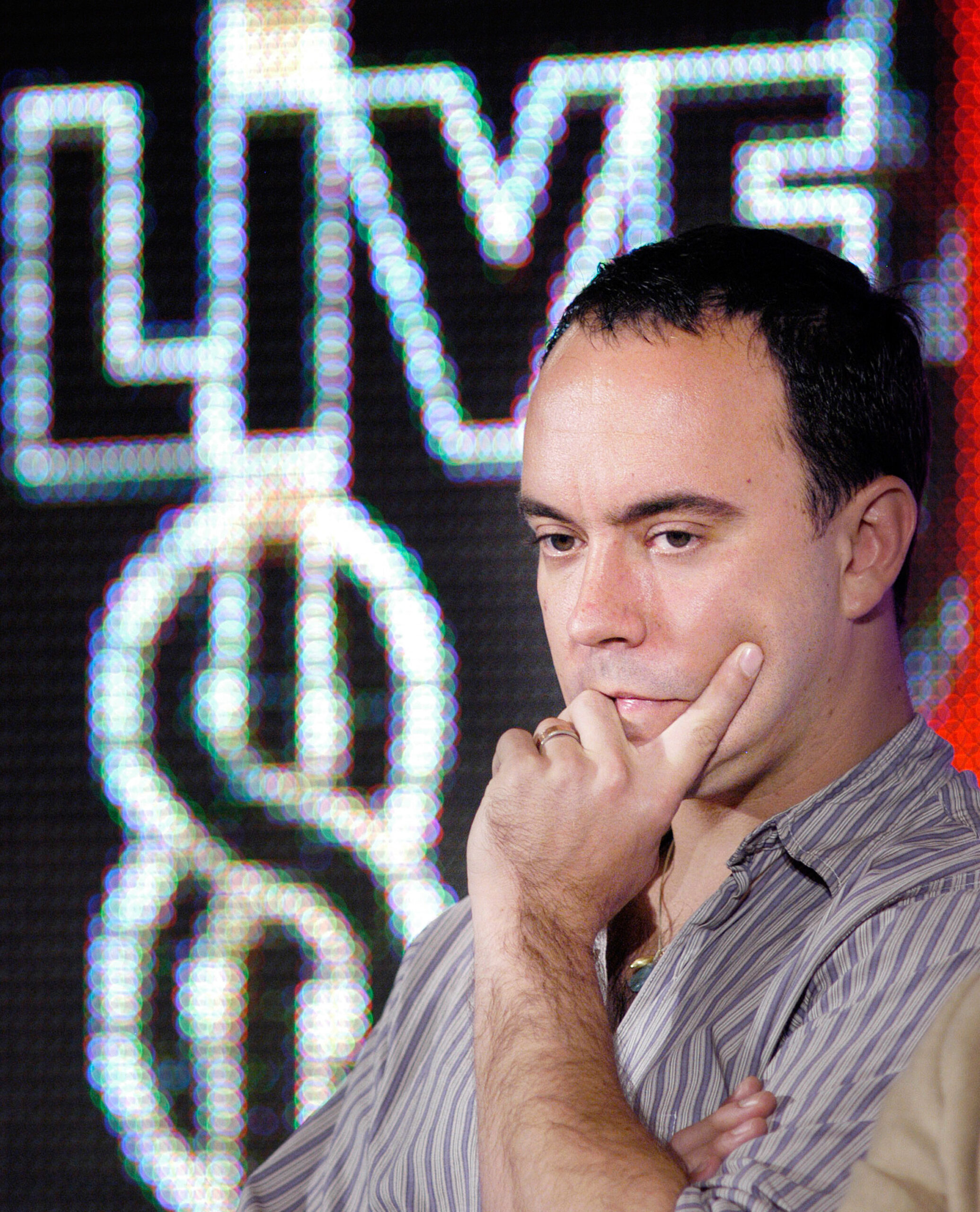 PHILADELPHIA – MAY 31: Musician Dave Matthewsanswers reporters questions during a news conference to announce the upcoming Live Eight concert to raise money to aid Africa May 31, 2005 in Philadelphia, Pennsylvania. The July 2, 2005 event, to be held on the Benjamin Franklin Parkway in Philadelphia, will be a free concert. A simultaneous concert will be held in London, England. (Photo by William Thomas Cain/Getty Images)