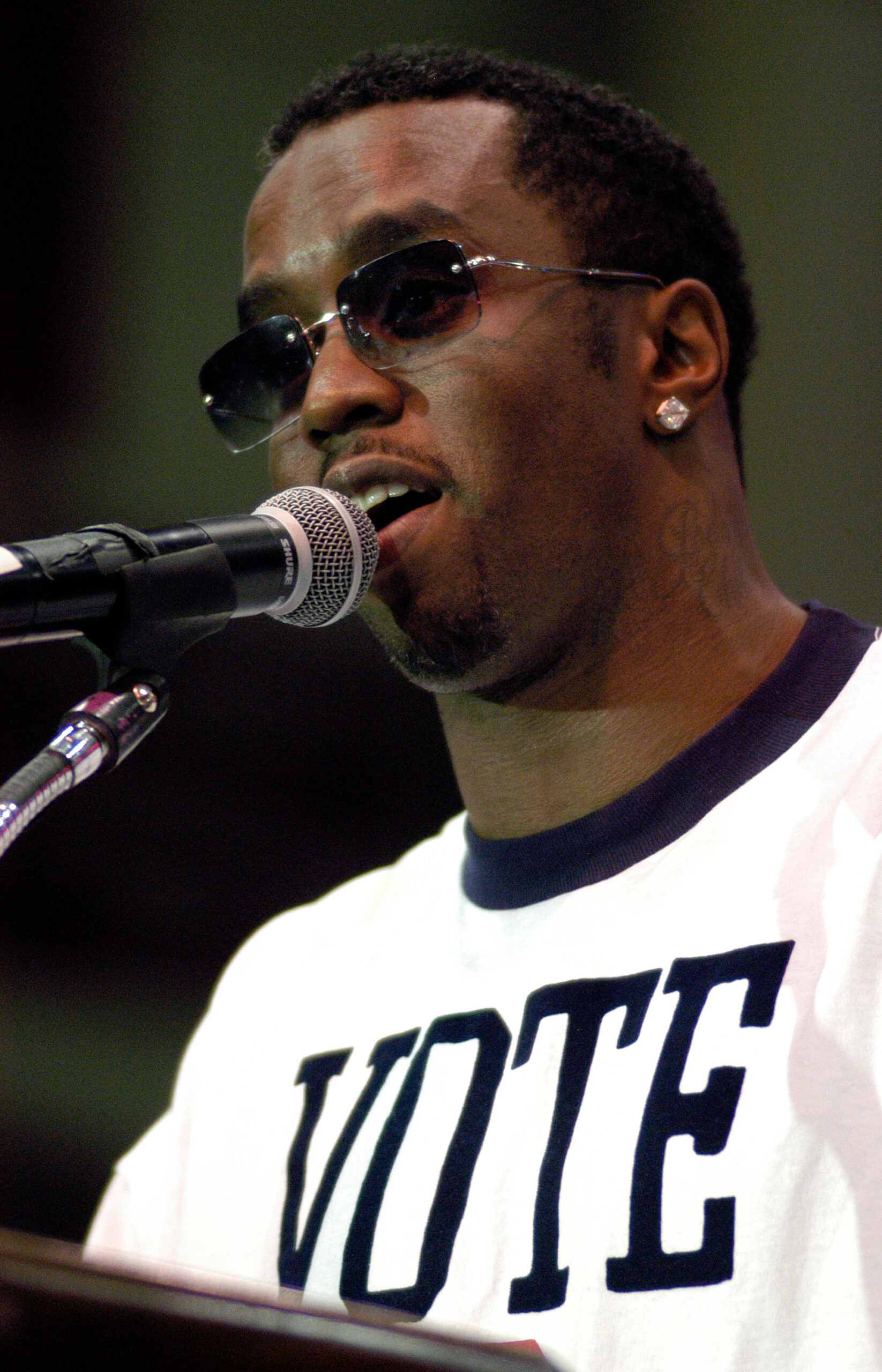 PHILADELPHIA – OCTOBER 27: Sean “P. Diddy” Combs speaks to students at Temple University during a stop in his Vote or Die! Tour October, 27, 2004 in Philadelphia, Pennsylvania. The Vote or Die! Tour is traveling to six cities in three days to educate, motivate, and empower young Americans across the country to vote. (Photo by William Thomas Cain/Getty Images)