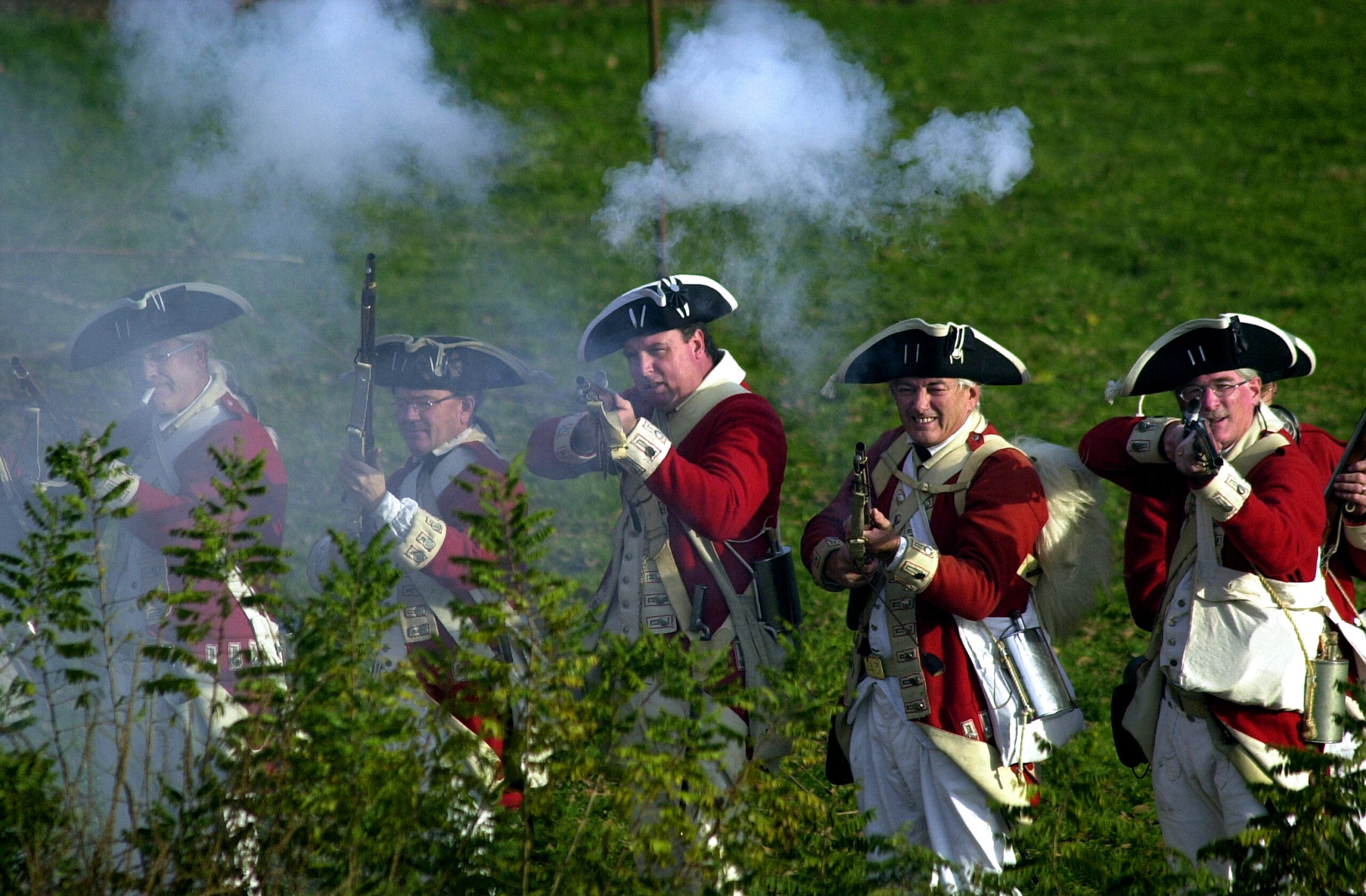 PHILADELPHIA – NOVEMBER 9: Reenactors portraying British soldiers fire upon Colonials during the reenactment of the siege of Fort Mifflin, November 9, 2002, in Philadelphia, Pennsylvania. The event was held to celebrate the 225th anniversary of the Revolutionary War battle in which the British army fought the Colonials for control of the fort near the Delaware River. (Photo by William Thomas Cain/Getty Images)