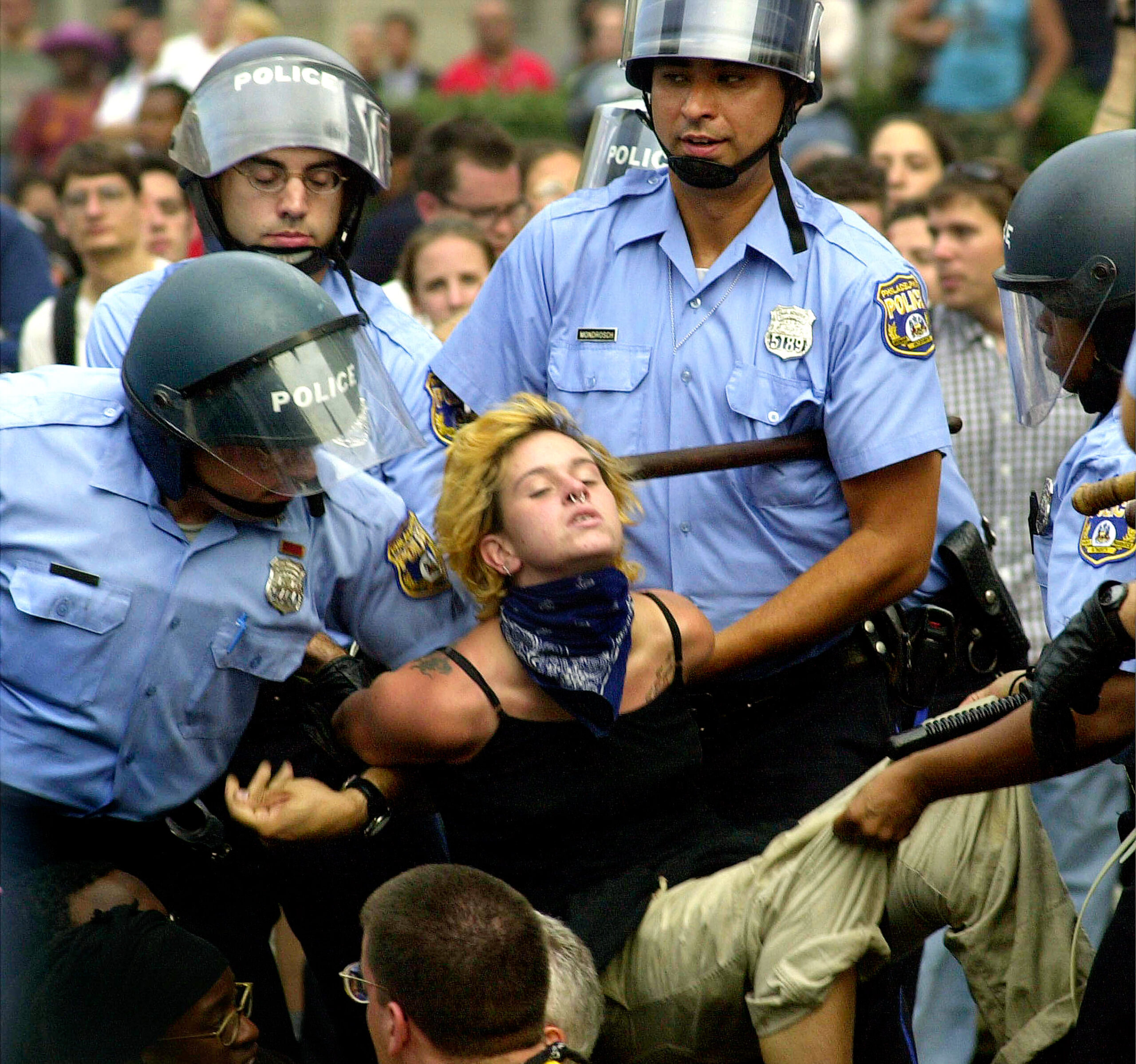 Philadelphia police officers carry a protester from the street to a police van after she refused to move August 1, 2000 in Philadelphia, on the second day of the Republican National Convention. Protesters committed various acts of civil disobedience, bringing traffic in Center City Philadelphia to a crawl for most of the afternoon. (Photo by William Thomas Cain/Getty Images)