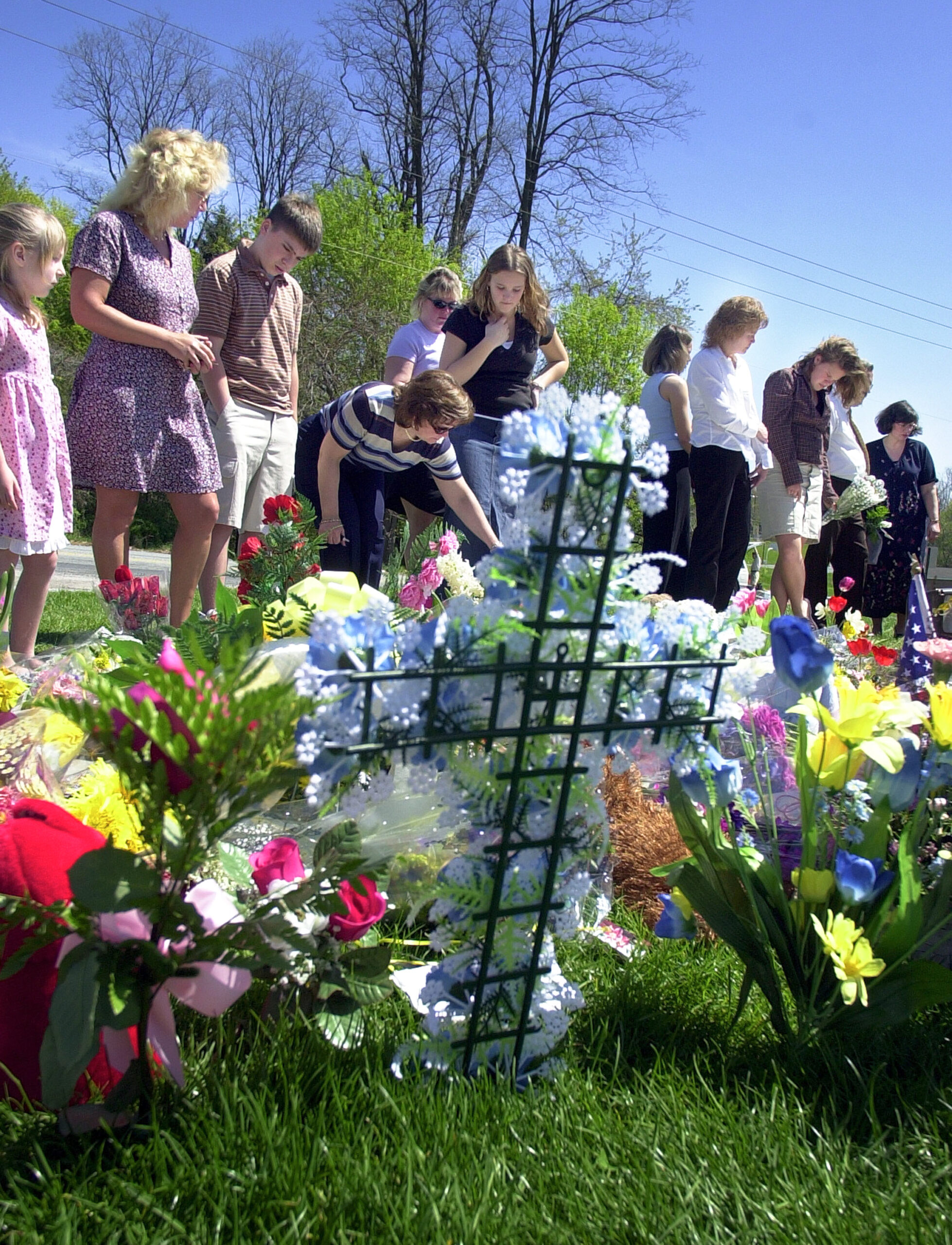 RED LION, PA – APRIL 28: Mourners read cards and letters at a makeshift memorial to Pricipal Eugene Segro, and student James Sheets outside Red Lion Junior High School April 28, 2003 in Red Lion, Pennsylvania. James Sheets, 14, armed with multiple weapons, shot and killed Red Lion Junior High School Principal Eugene Segro in a crowded cafeteria, before turning the gun on himself April 24, 2003. Hundreds of cards, letters, and flowers have been laid at the front of the school grounds by many students, family, and friends of the deceased. (Photo by William Thomas Cain/Getty Images)