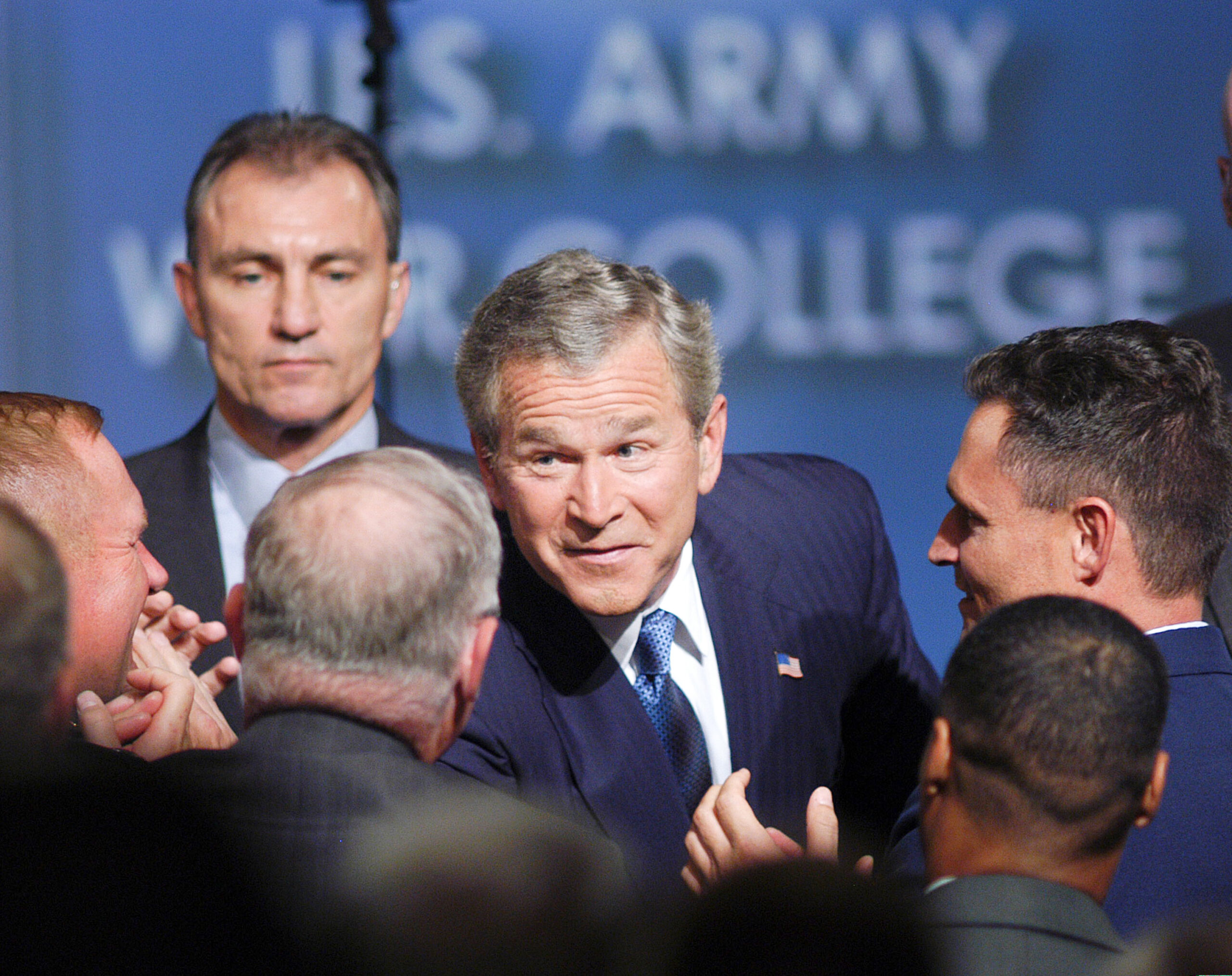 CARLISLE, PA – MAY 24: U.S. President George W. Bush greets military personnel after making remarks on “Iraq and the War on Terror” during a nationally broadcast speech at the U.S. Army War College May 24, 2004 in Carlisle, Pennsylvania. The speech is said to be one in a series of speechs the President intends to give on the situation in Iraq and the war on terror. (Photo by William Thomas Cain/Getty Images)