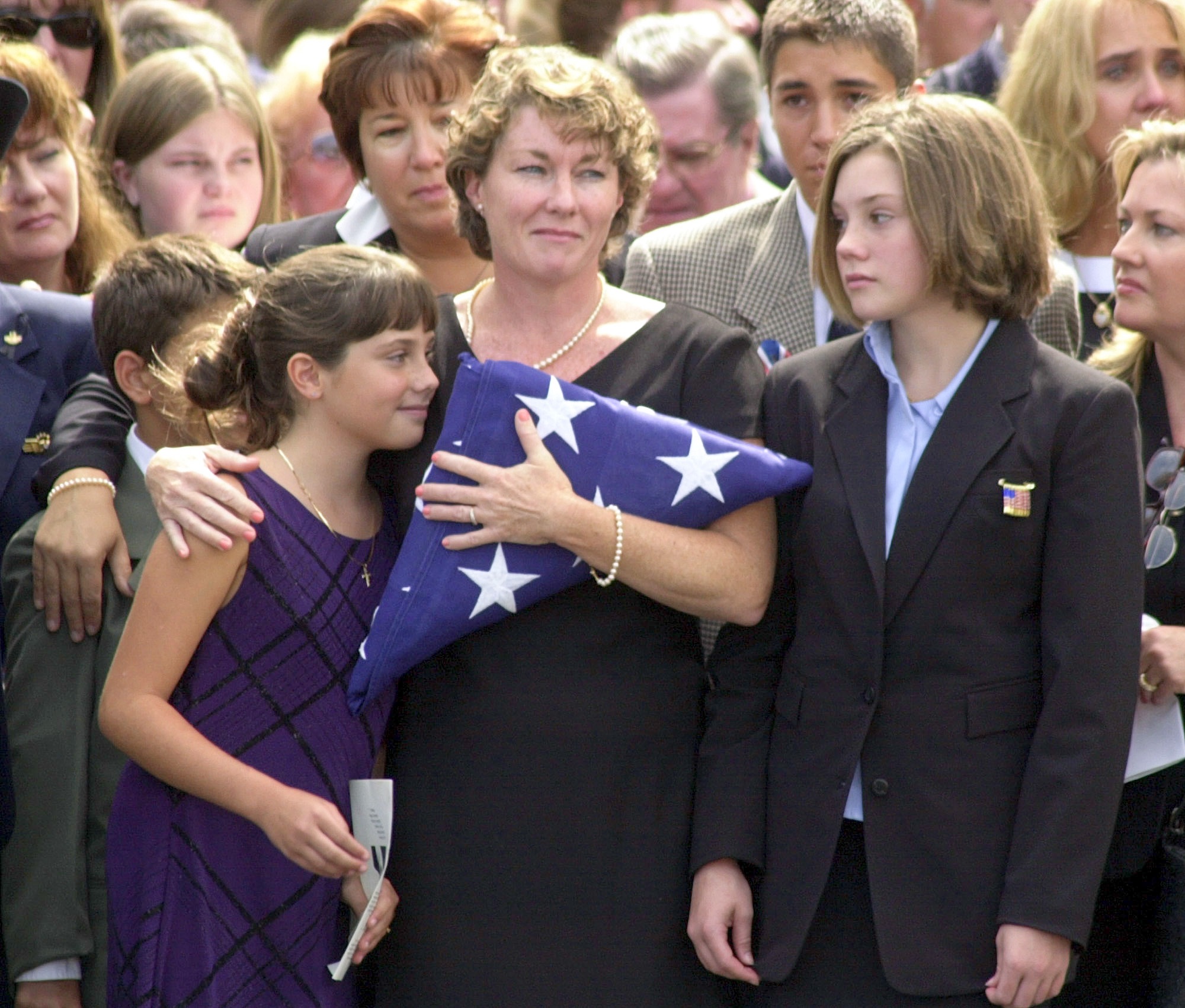 FILE–YEAR END PICTURES–Ellen Saracini, center, holds an American Flag that was presented to her by a Naval Honor Guard, as her daughters, Brielle, left, and Kirsten, right, stand beside her, after a memorial service for their husband, and father, pilot Victor J. Saracini, in Newtown, Pa., Tuesday, Sept. 18, 2001. Saracini was the pilot of United Airlines Flight 175 that was hijacked and crashed into the World Trade Center in New York, last Tuesday. (Photo by William Thomas Cain/photodx.com)