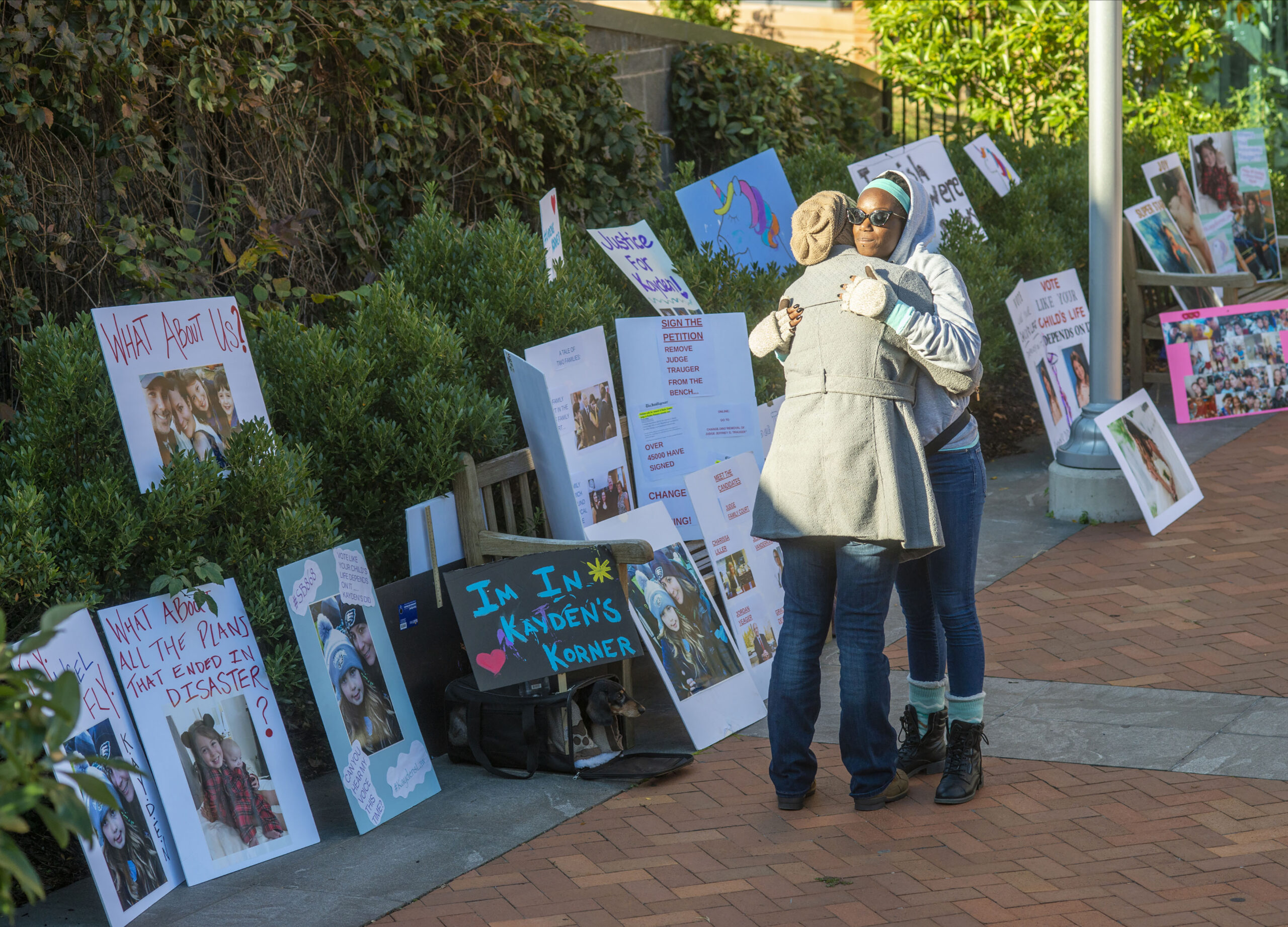 From left, Meghan Giglio, KaydenÕs aunt and Terhas White, friend of family hug during a silent demonstration outside the Bucks County Justice Center to protest Common Pleas Court Judge Jeffrey Trauger, who had allowed Kayden to have unsupervised visits with her father and murderer, Jeffrey Mancuso, in his Manayunk home, Tuesday, October 15, 2019 at Bucks County Justice Center in Doylestown, Pennsylvania. State Sen. Steven Santarsiero (D., Bucks) introduced a “Kayden’s Law” bill on Sept. 30, 2019, which requires among other things that judges include safeguards to protect a child when the child is visiting with a parent who has abused another member of the family/household. Santarsiero is holding a hearing on Thursday, Oct. 17, at the Lower Makefield Township Community Center in Yardley to hear from residents about his bill. Kayden had lived in Langhorne, Bucks County, with her mother and stepfather.