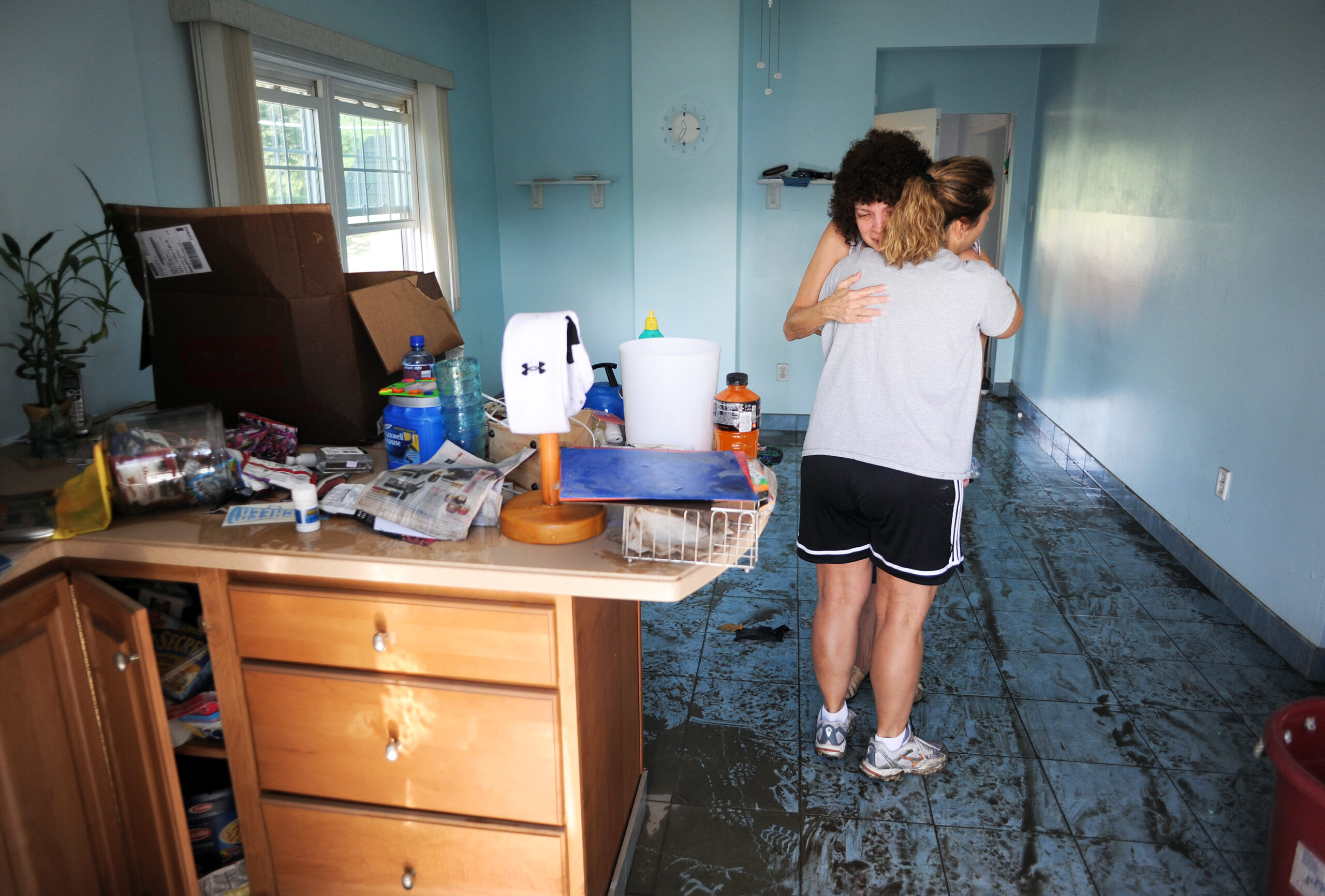 DUREYA, PA – SEPTEMBER 10: Sharyn Naylor of Dureya, Pennsylvania is comforted friends after she arrived home to survey the flood damage September 10, 2011 in Dureya, Pennsylvania. Major flooding along the Susquehanna River in the Wilkes Barre area caused millions in damage. Most people in Dureya do not have flood insurance because during Hurricane Agnes in 1972 the area did not flood. (Photo by William Thomas Cain/Getty Images)