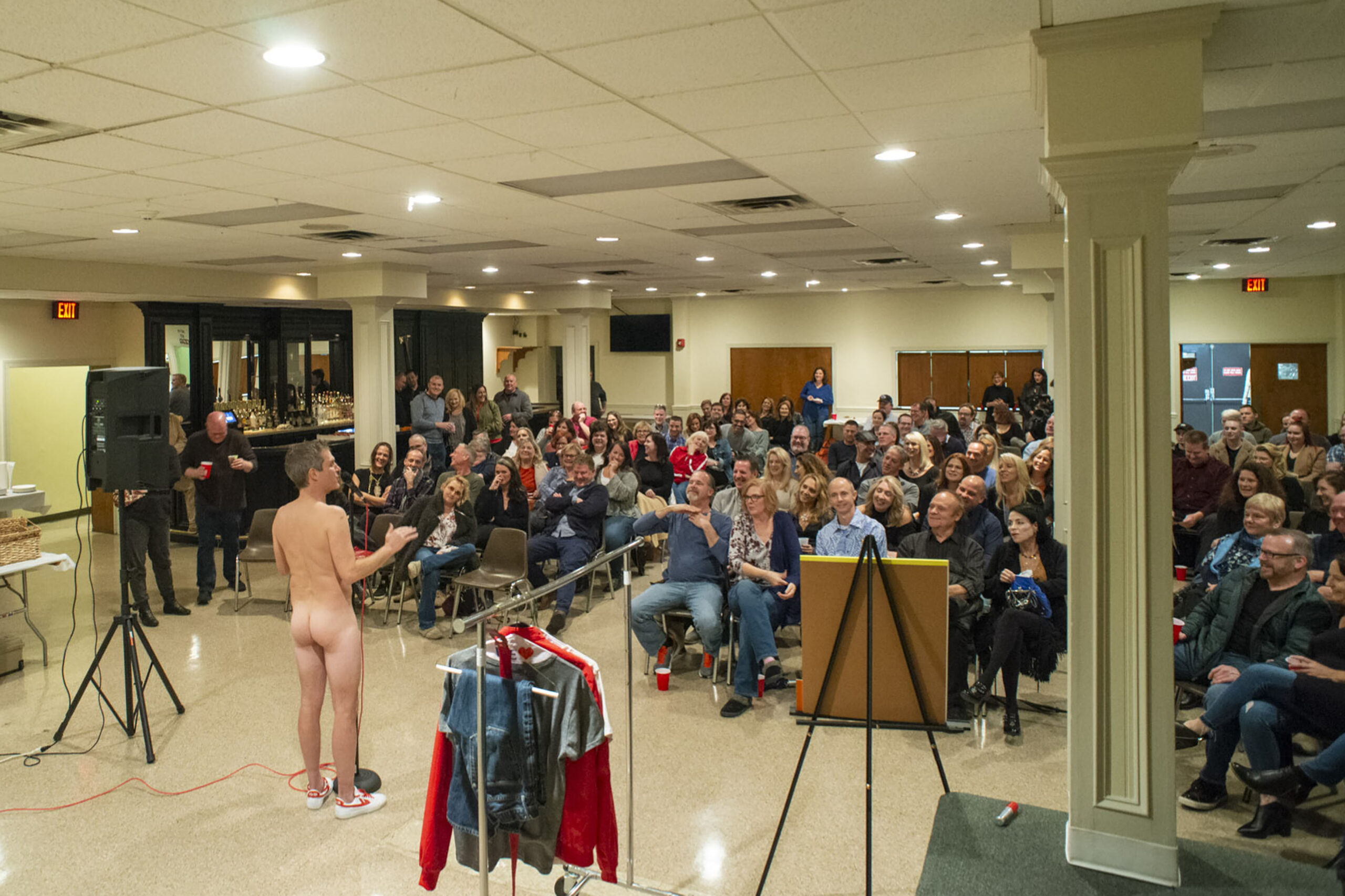 Former Fox Chase resident Gerad Argeros enters the stage naked as he speaks about his abuse by a Philadelphia priest while an abuse as a St Cecelia’s altar boy during his one man show Saturday, November 23, 2019 at Rockledge Hook & Ladder Room in Rockledge, Pennsylvania. The audience consisted of family and friends of Argeros, some who had no idea that Father James Brzyski was raping boys at St. Cecilia’s in the 80’s.