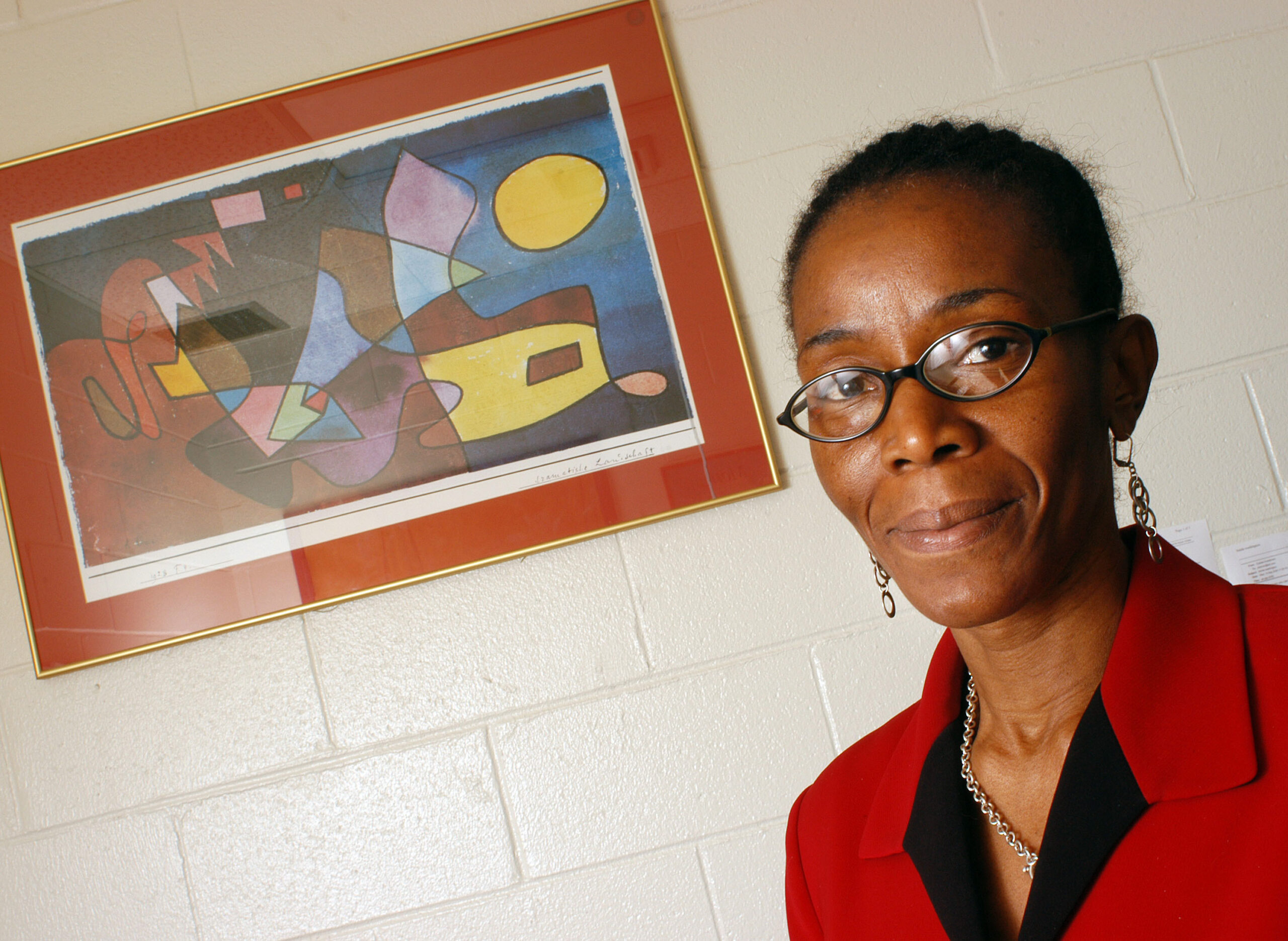 March 15, 2006 — Philadelphia, PA
— Massa Washington, a Temple University grad student, who was chosen to be a member of the Liberia’s Truth and Reconciliation Committee poses for a portrait in her office March 15, 2006 in Philadelphia, Pennsylvania. She had been a newspaper reporter, then a human rights and women’s activist in Liberia and fled many times when the fighting flared up. Finally fled to the US where she sought political asylum. She as appointed by Liberia’s new president and plans to return soon to help bring healing to the country. Photo by William Thomas Cain, Freelance