I’ve been feeling a bit melancholic of late. I wasn’t sure why, until my late friend’s sister posted a picture in memory of him. That post reminded me that it’s been 27 years since my friend passed away in a tragic motorcycle accident. My friend Jim, who I had known since 5th grade, (about the time we were in cub scouts) spent almost every day in high school with, and thought of his family as mine, and he the same.

I couldn’t believe it, but there it was in print in the newspaper where I worked. Written by a reporter friend. “Collision, fiery blast kills cyclist” I had heard about the accident the morning before, still didn’t believe it. There it was though, like a smack to the face saying, yeah, it’s true. It happened.

Almost every day of 7th grade, at lunch, Jim and our friend Mike would duke it out at lunch to see who was toughest. It was funny, during the lunch period, it was war. As soon as lunch was over, just like before, they were the best of friends laughing and joking. That was Jim. Fiery spirit, but friend to the end with one heck of a sense of humor. No matter what.

As a motorcyclist myself, we had many conversations over the years about motorbike safety. He loved to race his motorcycle, fast. I wasn’t worried about his driving, but the other cars around him. I had once taken a spill on my bike, and since then was always a defensive rider. Jim was fast, but defensive. The accident that took his life would have been unavoidable for anyone. A car stalls on a highway, before you speed behind it without seeing it is hard to react. I later found out what caused the explosion from some of my police friends, but the end result was still the same.

Once, when my tire literally fell off my car after someone at the shop where he worked supposedly fixed it, he knew I was shaken up, but said, “At least it wasn’t me that tried to kill you.” He later told me that he almost killed the guy that had worked on my car for almost killing his friend.

High school was no different than grade school or cub scouts. In high school we both decided we wanted to go to technical school. Jim to study auto mechanics and me art. Two weeks at home school and two weeks at tech school per month. We loved it. Jim was always into cars. And he was always the go to person if I ever had a question on how to fix something in my car. Could tell you the answer in two seconds. Always. We drove to school many days over those years. Listening to “Chicken Man” or the “DeBella Travesty.” I remember when he met his future wife, who was studying baking. Never saw him with a smile as big as that day. Well, maybe after his daughter’s birth. Another smile the size of Texas.

“Run Jim, Run!!” It’s 11:30 am. We’ve just been let out of classes for the day. Every day, before we got our licenses to drive, Jim and I would run, full speed from Bishop Egan High School to the Levittown train station. 2 miles. We wanted to make the 11:55 am train that stopped in Cornwells Heights, which was maybe a mile from our homes. We did this for almost half a year. Raced each other to the train station. Never missed the train once. We cheered and encouraged each other not to slow down, but go faster. If we missed the train, the schoolbus wasn’t coming until 2:30PM. And we hated staying at school for any reason. So we would run as fast as we could.

On the fateful day, when I heard that my friend, at 27 years old, was gone leaving behind a wife and young 7 year old daughter I was in shock, disbelief and full of sadness. Jim was one of the people on this planet that I could see myself being friends with as long as we both lived. Saw it from 5th grade on. It, sadly wasn’t meant to be.

In my life, I’ve made many friends over the years.

Some stick with you in your heart until the day you die.
To me, that is my friend Jim. He’ll be with me forever in spirit, but God, I wish he was still here.

I still miss my friend.

This is the way I remember Dave Montgomery.

Looking happy as could be while holding that 2008 World Series Championship trophy after the Philadelphia Phillies defeated Tampa Bay to win their first championship since 1980. Montgomery, who in 1997 became the first home grown kid in over 60 years to run the team as president, deserved it.

A class guy, well respected, wonderful man. He was always a pleasure to be around and always made us in the media laugh.

Sadly, Montgomery passed away yesterday after a long battle with cancer.

I found out about his passing after this image I made while covering the parade in 2008 popped up on Facebook as his obituary photo.

It’s an appropriate way to remember him.

He loved his Phillies.

And we loved him.

In all of my years as a professional photojournalist, this, was the most horrific story I ever had to cover.

The morning of January 8, 2017 was very cold. Since 10 pm the night before, we waited outside freezing our butts off until 3am when police brought the guy in for his arraignment. The person arrested was Jacob Sullivan, 44, of Horsham, on 19 charges, including criminal homicide, rape, kidnapping, abuse of a corpse and a number of related conspiracy counts. He was accused of conspiring with Sara Packer (who was arrested later that day, apparently without shaving her face), Grace Parker’s mother, to rape and kill the 14 year old, dismembering her body and dumping her remains in a wooded area of Northeastern Pennsylvania, some 100 miles from where the girl lived in Abington Township.

After months of investigation this monster was brought to justice.

Today, justice was served when a
jury sentenced him to death. My first thought upon hearing the sentencing was that it isn’t enough. A monster like that should have to suffer the same way his victim suffered. Then again, that’s not even enough. I wish there was a fate worse then death, and that this person had to suffer through it. Sadly, he will probably sit on death row for years before the execution ever takes place.

Although, I keep questioning if justice is really served. A young girl who, if she had lived, should be spending this spring deciding upon which college to eventually attend or thinking about summer vacations is no more. Dreams snuffed out for no reason other then some moron liked killing are gone. A hole is left in grandparents and friends lives that will never be filled.

Is justice really served? Is it? 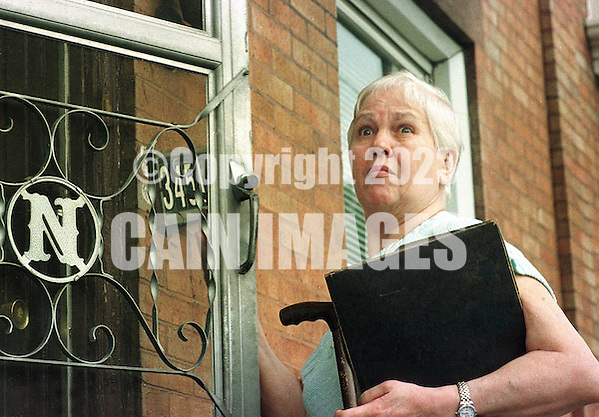 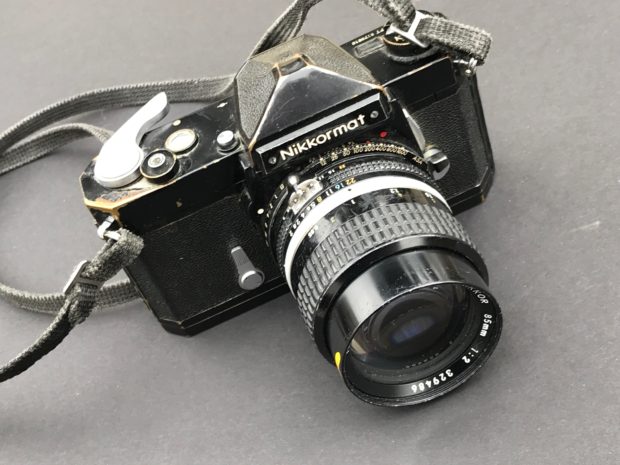 Video that I made last night at the candle light vigil for 13 year old Gianni Forte, who was killed in an ATV accident last weekend.
Hundreds of community members came out to show their love and support for Gianni, his family and friends.
I spoke with his grandmother, who explained that Gianni was not allowed to ride without a helmet or on the street. Very sad story. One of the tougher things to photograph.

In almost every photography class or lecture I show students images from my portfolio. It contains a bit of news, sports, entertainment and feature photos. This is shown to prove that I’m not some kind of lunatic and I actually do know how to make a picture that captures a moment that tells a story. Last night, I taught a basic photography class at one of my workshops (Cain Images Photographic Workshops). Everyone seemed to get what I was speaking about and learned how to use their cameras better in manual settings. After the class, a woman pulled me aside. And here I was thinking she was going to thank me for the class. But, no. She whispers, “You know when photographers take pictures of people crying. I don’t like that. It’s invading their privacy.” I’m pretty sure she was referring to this image.

My response was, “Do you think we like making those kinds of pictures? See the full post