I’ve been feeling a bit melancholic of late. I wasn’t sure why, until my late friend’s sister posted a picture in memory of him. That post reminded me that it’s been 27 years since my friend passed away in a tragic motorcycle accident. My friend Jim, who I had known since 5th grade, (about the time we were in cub scouts) spent almost every day in high school with, and thought of his family as mine, and he the same.

I couldn’t believe it, but there it was in print in the newspaper where I worked. Written by a reporter friend. “Collision, fiery blast kills cyclist” I had heard about the accident the morning before, still didn’t believe it. There it was though, like a smack to the face saying, yeah, it’s true. It happened.

Almost every day of 7th grade, at lunch, Jim and our friend Mike would duke it out at lunch to see who was toughest. It was funny, during the lunch period, it was war. As soon as lunch was over, just like before, they were the best of friends laughing and joking. That was Jim. Fiery spirit, but friend to the end with one heck of a sense of humor. No matter what.

As a motorcyclist myself, we had many conversations over the years about motorbike safety. He loved to race his motorcycle, fast. I wasn’t worried about his driving, but the other cars around him. I had once taken a spill on my bike, and since then was always a defensive rider. Jim was fast, but defensive. The accident that took his life would have been unavoidable for anyone. A car stalls on a highway, before you speed behind it without seeing it is hard to react. I later found out what caused the explosion from some of my police friends, but the end result was still the same.

Once, when my tire literally fell off my car after someone at the shop where he worked supposedly fixed it, he knew I was shaken up, but said, “At least it wasn’t me that tried to kill you.” He later told me that he almost killed the guy that had worked on my car for almost killing his friend.

High school was no different than grade school or cub scouts. In high school we both decided we wanted to go to technical school. Jim to study auto mechanics and me art. Two weeks at home school and two weeks at tech school per month. We loved it. Jim was always into cars. And he was always the go to person if I ever had a question on how to fix something in my car. Could tell you the answer in two seconds. Always. We drove to school many days over those years. Listening to “Chicken Man” or the “DeBella Travesty.” I remember when he met his future wife, who was studying baking. Never saw him with a smile as big as that day. Well, maybe after his daughter’s birth. Another smile the size of Texas.

“Run Jim, Run!!” It’s 11:30 am. We’ve just been let out of classes for the day. Every day, before we got our licenses to drive, Jim and I would run, full speed from Bishop Egan High School to the Levittown train station. 2 miles. We wanted to make the 11:55 am train that stopped in Cornwells Heights, which was maybe a mile from our homes. We did this for almost half a year. Raced each other to the train station. Never missed the train once. We cheered and encouraged each other not to slow down, but go faster. If we missed the train, the schoolbus wasn’t coming until 2:30PM. And we hated staying at school for any reason. So we would run as fast as we could.

On the fateful day, when I heard that my friend, at 27 years old, was gone leaving behind a wife and young 7 year old daughter I was in shock, disbelief and full of sadness. Jim was one of the people on this planet that I could see myself being friends with as long as we both lived. Saw it from 5th grade on. It, sadly wasn’t meant to be.

In my life, I’ve made many friends over the years.

Some stick with you in your heart until the day you die.
To me, that is my friend Jim. He’ll be with me forever in spirit, but God, I wish he was still here.

I still miss my friend. 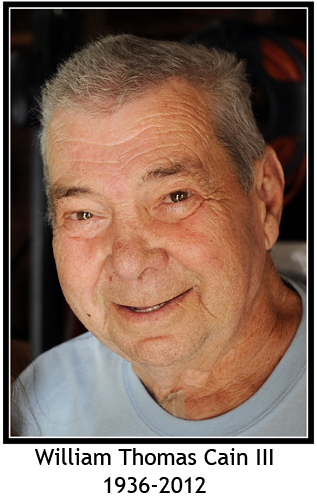 My father passed away yesterday.

Sad. Heartbroken. Mystified. Lost. Bewildered. These are a few of the emotions I’m feeling at the moment.

Father. Friend. Mentor. Hero. He was all that and more to me. To us.

Anytime I needed something all I had to do was ask. All of my friends that knew him liked him. My father has always been popular with them. In some cases, he’s been a father figure. He was the type of person that would give you the shirt off his back, even if he didn’t have one.

Writing this, I am realizing the things he taught me. Speak softly, carry a big stick. He was always encouraging, but never forceful. I appreciated that. Many of my friends had parents that pushed them to do things, not for them, but because that’s what their parents wanted.
My father once told me he didn’t push me into things because he wanted me to be able to make my own decisions. Be your own person. Be responsible for your own actions. Be kind to others. Help someone in need, even when you don’t really want to. Not for any other reason then it’s the right thing to do. Never be afraid. Even if you are, you can overcome it. Stand up for yourself and others. I now see that the lessons this uneducated man. Holy shit. In essence, he was teaching me the ten commandments.

Not because it’s what he wanted, but because it was the right thing to do.

He was always concerned about other people. Sometimes he’d act like he didn’t care, but we all knew he did. You can’t hide a kind heart.

The last thing he said to me was, “Is your mother OK?” I said yes. He said, “Good.” Even in the end, always putting others before himself.

People say as long as he in in our hearts he will never truly be gone. That’s true, but it would be really nice if he was still here.

I appreciate all of the sacrifices he ever made to make sure we had the best. Without the sacrifices that my father made for us, we would not be the people we are today. We learn from our parents the kind of people we will be in our adult life. For me, I am forever grateful that my father was my role model. If I can be just half the man of humanity that he was, I’ll truly be in great company.

Responsibility. Honor your commitments. Work hard, but also play hard. You can do whatever you want with your life. Love your wife and family and never let them go. I will miss the late night chats that I had with him at the shore.

A couple of years ago I asked him to go fishing on the bay. He said he really didn’t like to fish. I asked why we went all of those times when I was a boy. He said, “Because you wanted to go and I wanted you to be happy.”

He was the wisest I’ve ever had the pleasure of knowing.

One of he things I’m proudest of in my life was that i was fortunate to have him in my life and call him My Father.

If a persons wealth is measured in the people that love them, then my father was the richest man on earth.

I have always loved him and will always miss him…