Follow the directions in the video to use this fabulous watermarking program. It will save you much time and effort not having to go into Photoshop or Lightroom to watermark your images. You can also resize the pix as well.

Well, I finally did it. A1 of todays newspaper featured one of my images. That’s happened before, many times over, but never from a video that I had photographed. One of the problems with shooting video and stills is that eventually, you come upon a situation where you’ll have to decide on video or stills. Inevitably, you’ll be shooting video and a moment pops that makes great video as well as stills. Last night I was shooting video as well as stills as patrons at the Iron Abbey in Horsham, Pennsylvania watched the USA vs. Ghana World Cup soccer (or football if you feel that way) match. One minute into the match the USA teams scored. The crowd in the bar went wild. At the time, I was shooting video. I’m thinking, this is some great video. I’ll get some stills next time something interesting happens. And…..nothing. For a while. As the clock ticks, I worry about meeting my deadline since I still had another assignment and video to edit from earlier in the day. After about 45 minutes waiting for something to happen, I though that I’d better go edit the pix and get them in. In essence, I gave up due to deadline restrictions. Previously, I had a conversation with one of the editors about the necessity of doing video first and if I had to I could pull a frame from the video and use it as a still image. If you shoot fast enough, it is possible to do. Once that thought entered my head, I had a plan. Pull the best moment from video and use that as a still image to go along with the other still images from the event. Those were mostly of people waiting with baited breath for another goal that the USA team scored about 80 minutes into the game. 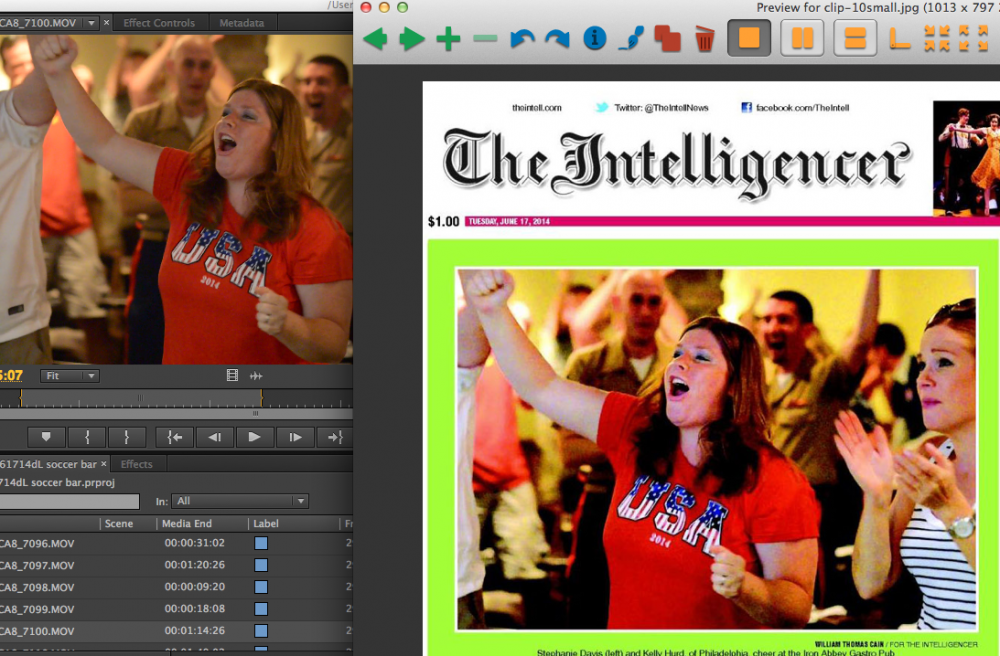 Upon editing the stills, I whittle them down to the best 3 images, but am lacking that “moment” when the USA team scored. I needed one more with jubilation. I open up Adobe Premiere Pro and load the raw video into the program. While looking at the video, I see the sequence where fans went crazy after a goal. I think, “That’s what I need!!” 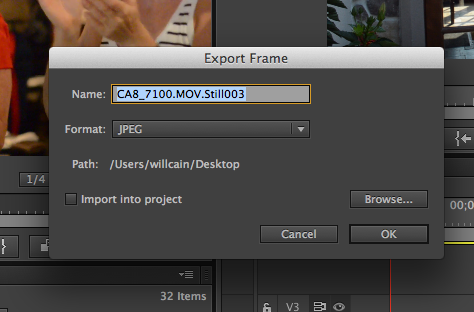 Now how do I pull it? Google search: http://www.adobepress.com/articles/article.asp?p=1661113&seqNum=4 Yeah!! Now I know how to do it. Thanks Adobe Press! Export the video. Place the image into the folder with the other edits. Then caption in Photo Mechanic. Now opened in Adobe Photoshop… and praying that it will look good. It was shot at 3200 ISO so I was worrying about grain. It actually looked OK. Tweaked it a bit in Photoshop. Had to resize it a bit, but all in all, I was happy with the result. I’d do it again if I had to. Did it work? Yes. Is it acceptable? Yes. Am I looking forward to pulling a still from a video again? No. A still image is a still image, a video is a video. 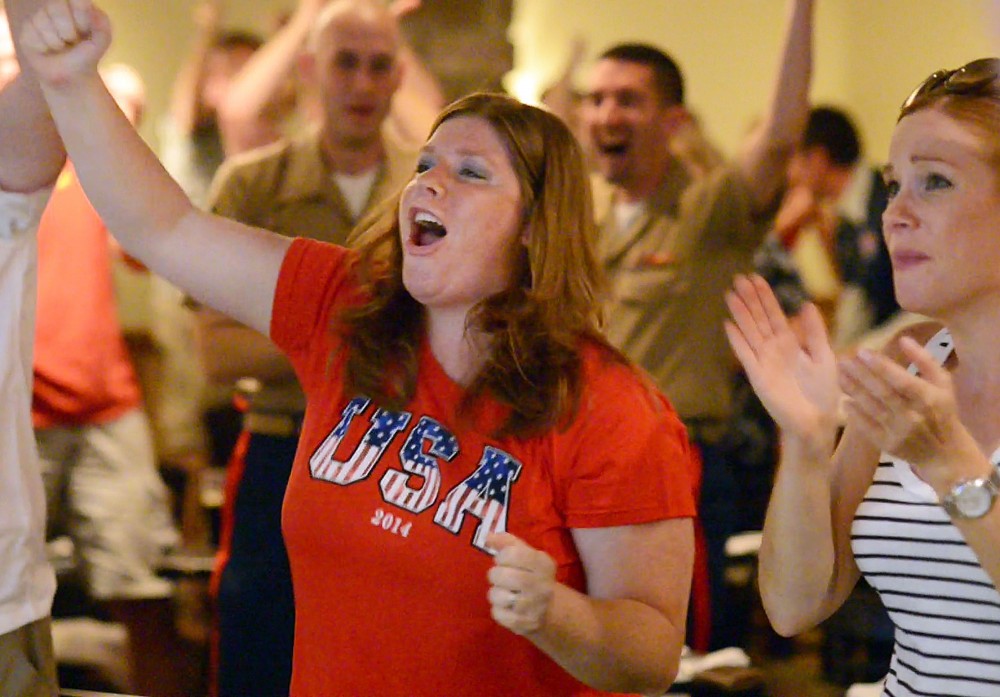 Here’s the final image and video.

Can you spot the still?