Shot a groundbreaking and was kind of irritated that all I had was some images of talking heads. So, I stayed a bitt longer then normal. The participants were standing around after the event having a chat about the project. They had left the shovels sticking out of the ground. As I wandered, I noticed a soldier standing behind one of the shovels and started to play with the idea in my head. I made my way over to the soldier, focused and then proceeded to place my camera on the ground for a low able view. I’m sure these guys thought I was crazy, but I was just looking for a more interesting way to show a routine groundbreaking. The editors must have liked, because that’s what they chose to use in the paper. 🙂 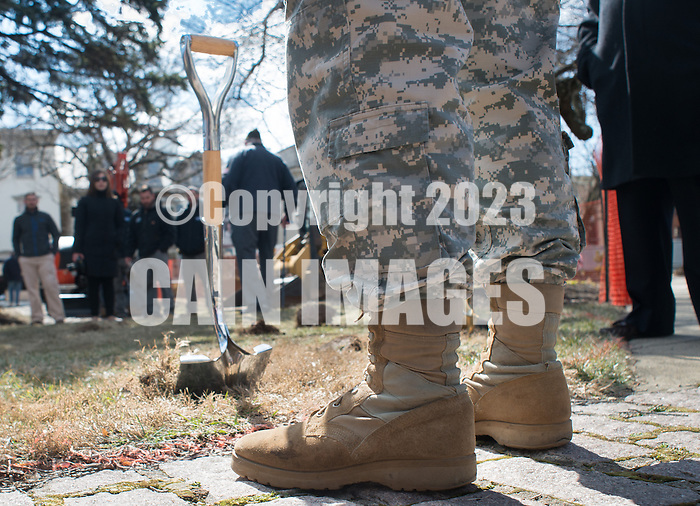 On Saturday I photographed and made a short video of a soldier returning from Afghanistan and surprised his family at Sesame Place.