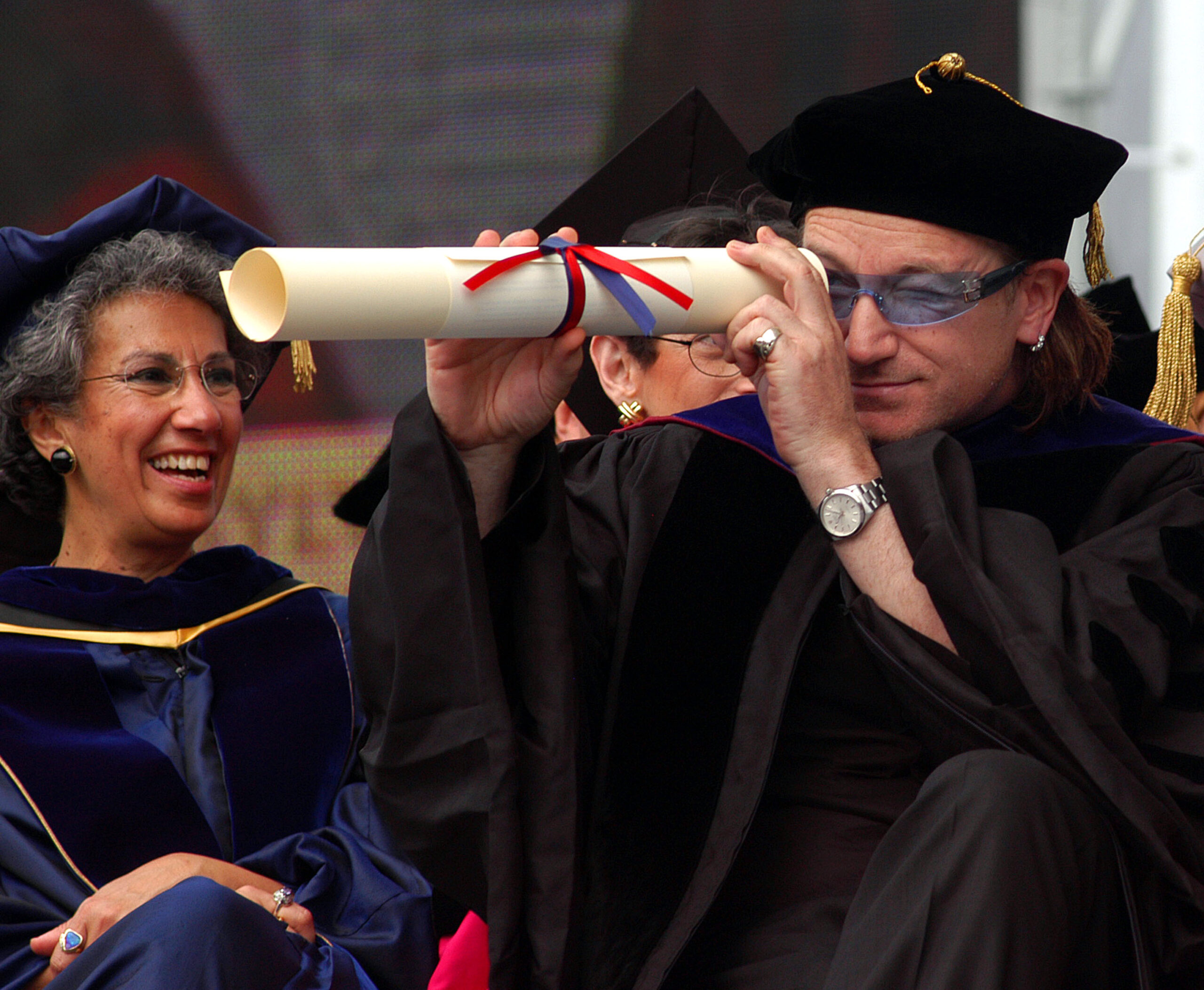 PHILADELPHIA – MAY 17: Bono (R), lead singer and songwriter for the rock group U2 and a social-justice activist uses his honorary Doctor of Laws degree as a telescope at the 248th Commencement of the University of Pennsylvania May 17, 2004 in Philadelphia, Pennsylvania. Bono co-founded the organization Debt AIDS Trade Africa in 2002 together with activists from the Jubilee 2000 Drop the Debt campaign. DATA’s main objective is to raise public awareness and action in the United States and other wealthy nations against AIDS and poverty in Africa.(Photo by William Thomas Cain/Getty Images)