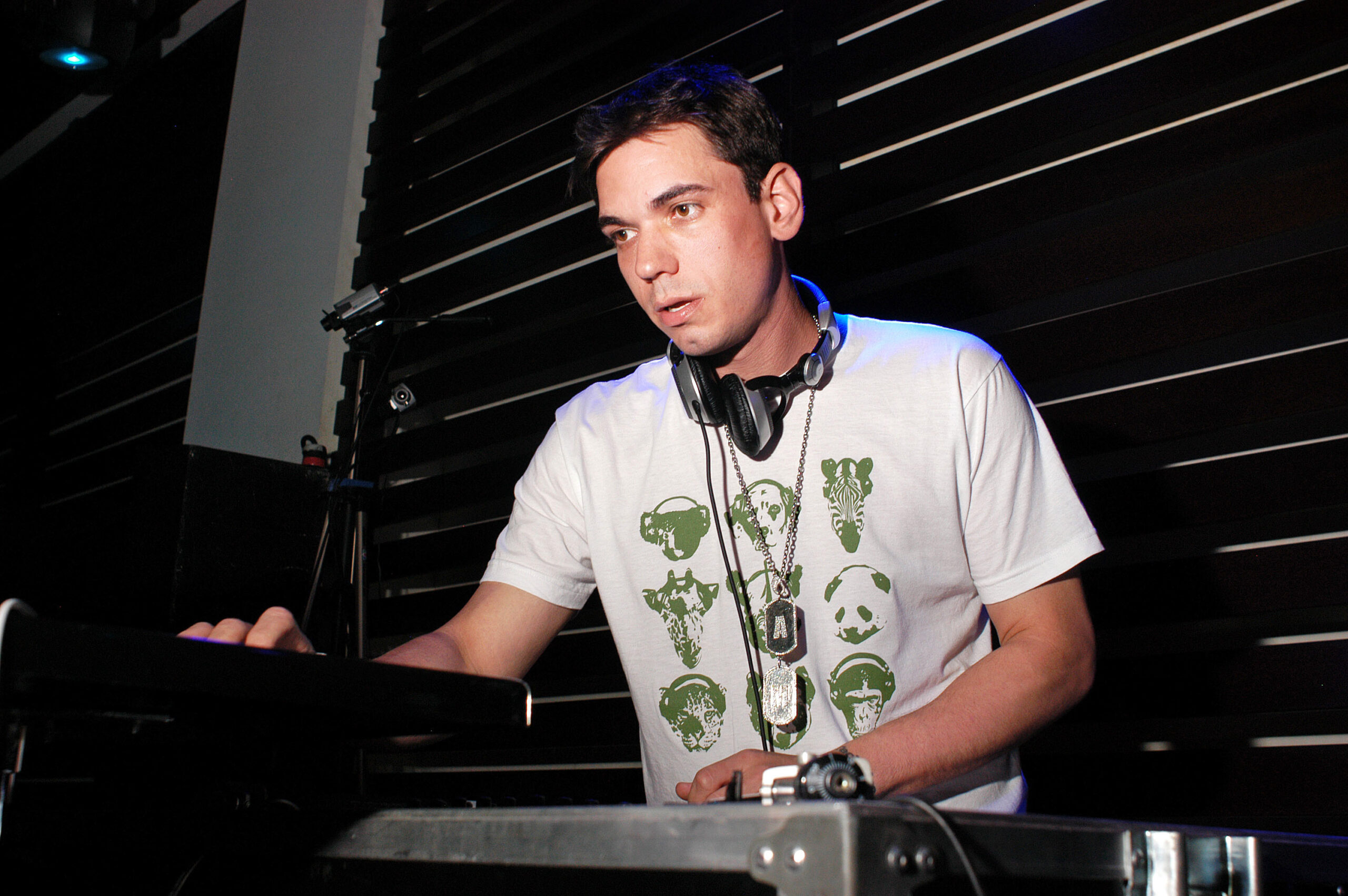 ATLANTIC CITY, NJ – APRIL 16: DJ AM, the entertainment industry’s premiere DJ, spins tunes at the Borgata 2006 April 16, 2006 in Atlantic City, New Jersey. DJ AM’s unique brand of music – mixing hip-hop with rock and 80’s with music from today – makes him one of the country’s most sought after DJs. Barker is the former drummer for the multi-platinum selling band blink-182, drummer for +44, one third of the group “Expensive Taste,” and is the star of MTV’s critically acclaimed reality series Meet the Barkers. (Photo by William Thomas Cain/Getty Images)