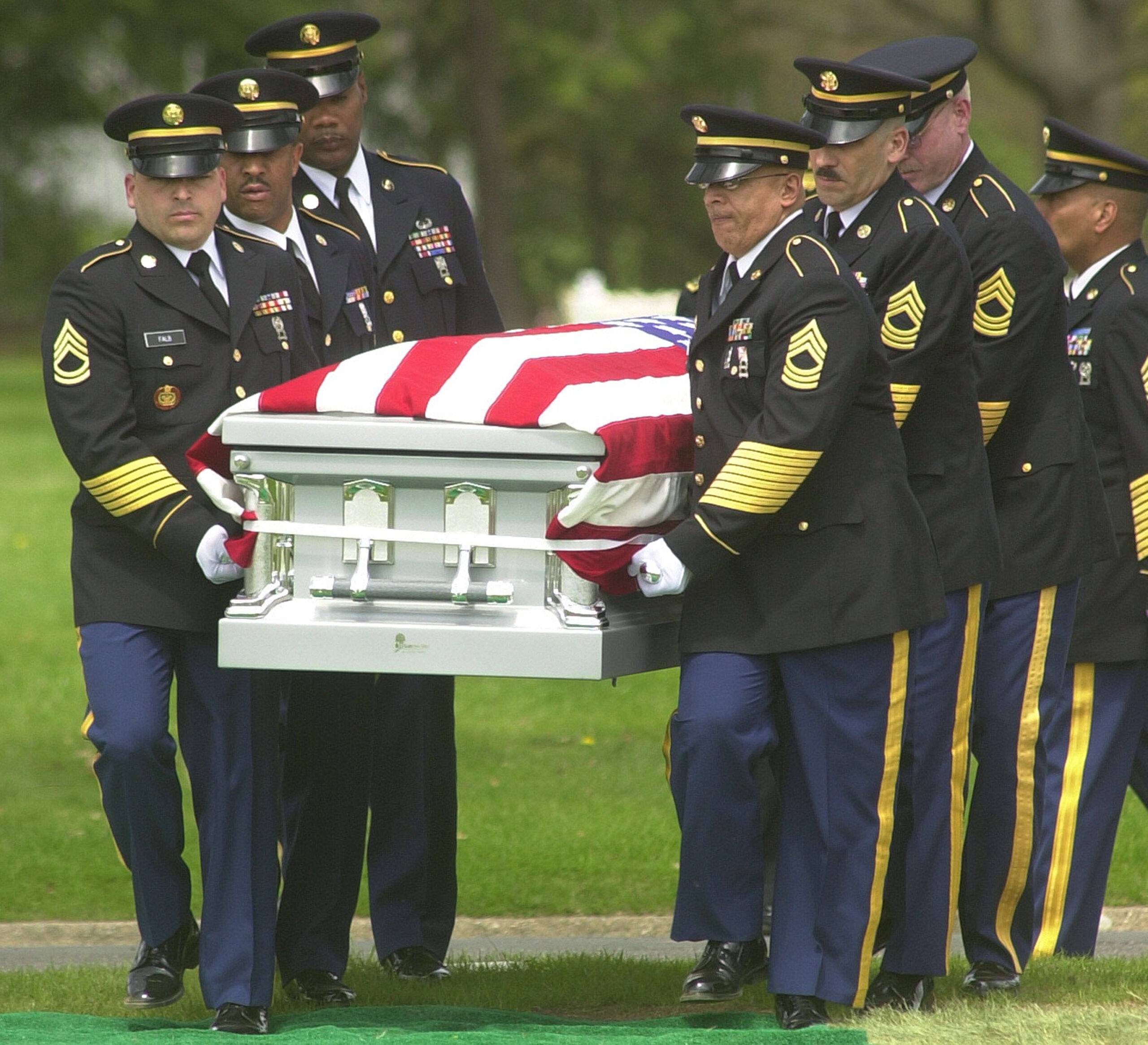 BEVERLY, NJ – APRIL 21: A military Honor Guard carries the casket of U.S. Army Sgt. Terry Hemingway April 21, 2003 at Beverly National Cemetary in Beverly, New Jersey. Army Sgt. Terry Hemingway, 39, was killed when a suicide bomber’s car exploded next to the Bradley fighting vehicle he was riding in April 10, 2003 in Iraq. Hemingway was awarded the Purple Heart and the Order of the Purple Heart Distinguished Service Award at the funeral service. (Photo by William Thomas Cain/Getty Images)