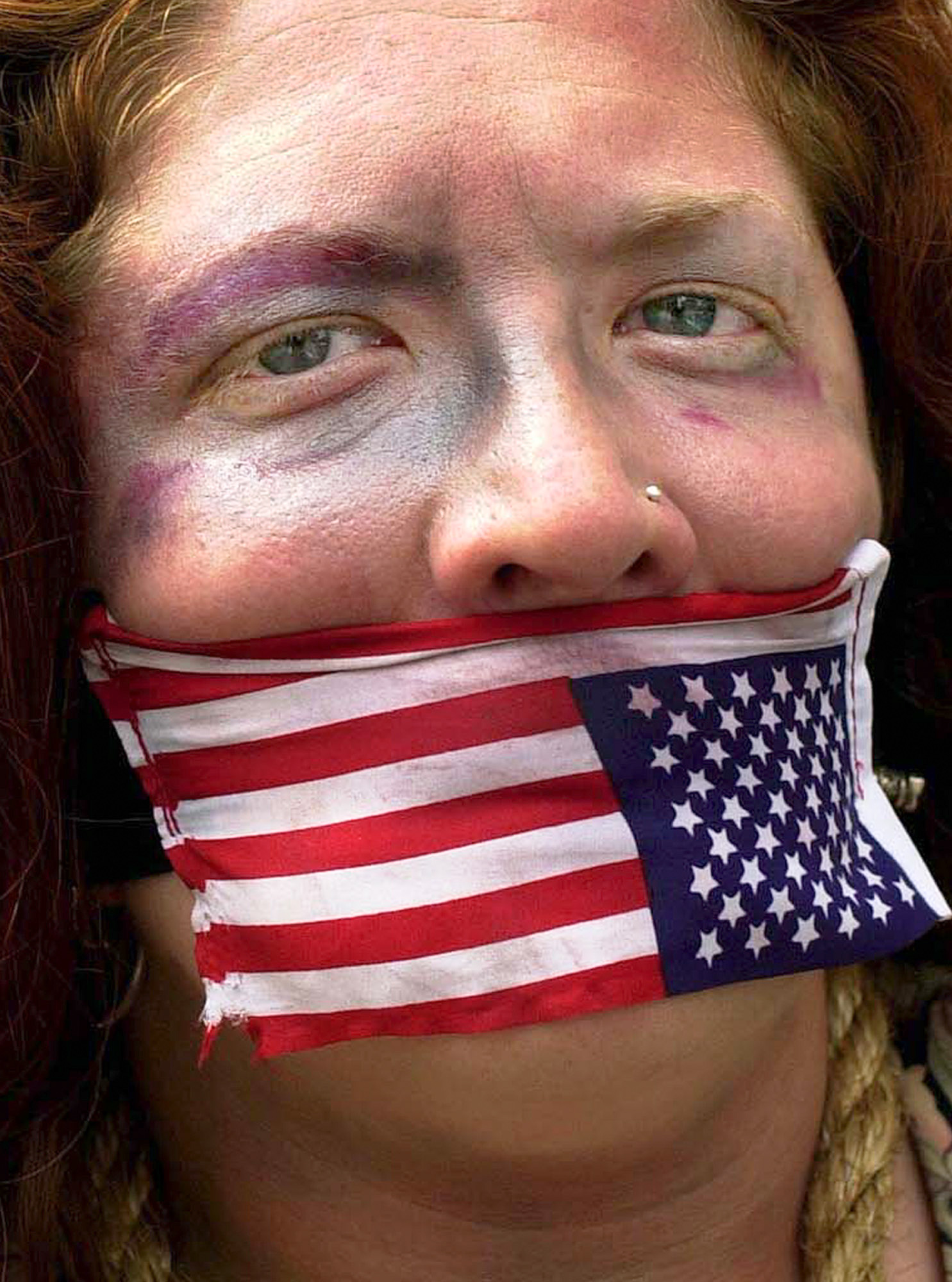 Sally, is muzzled by the American Flag, while she protests, Sunday, July 30, 2000, in Philadelphia, as part of the Unity 2000 protest. Thousands participated in the protest and rally, the day before the Republican National Convention. For the first time ever, a federal appeals court Wednesday, June 26, 2002, declared the Pledge of Allegiance unconstitutional because of the words “under God” added by Congress in 1954. The ruling, if allowed to stand, means schoolchildren can no longer recite the pledge. (Photo by William Thomas Cain/photodx.com)