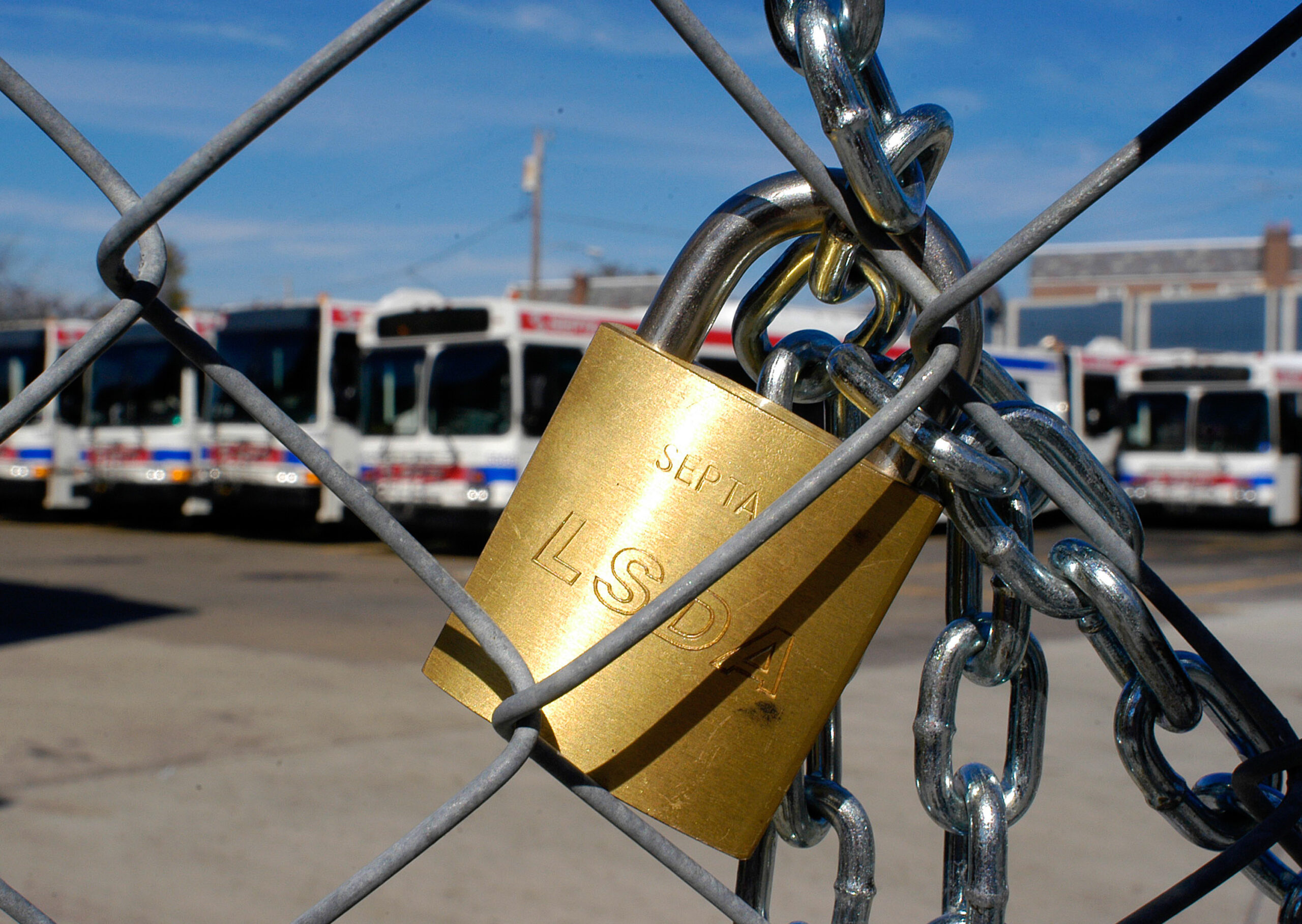 PHILADELPHIA – OCTOBER 31: A lock and chain bars strikers from entering the Comly Street SEPTA Depot while members of Transport Workers Union Local 234 and United Transportation Union Local 1594 picket during a strike at SEPTA’s (Southeastern Pennsylvania Transportation Authority) Frankford Transportation Center October 31, 2005 in Philadelphia, Pennsylvania. Much of the Philadelphia region’s mas transit system is shut down leaving some 400,000 subway, bus, and trolley riders without transportation. One of the major stumbling blocks in negotiations is SEPTA wants unionized workers to pay for a portion of their healthcare benefits. No new negotiation sessions are scheduled. (Photo by William Thomas Cain/Getty Images)