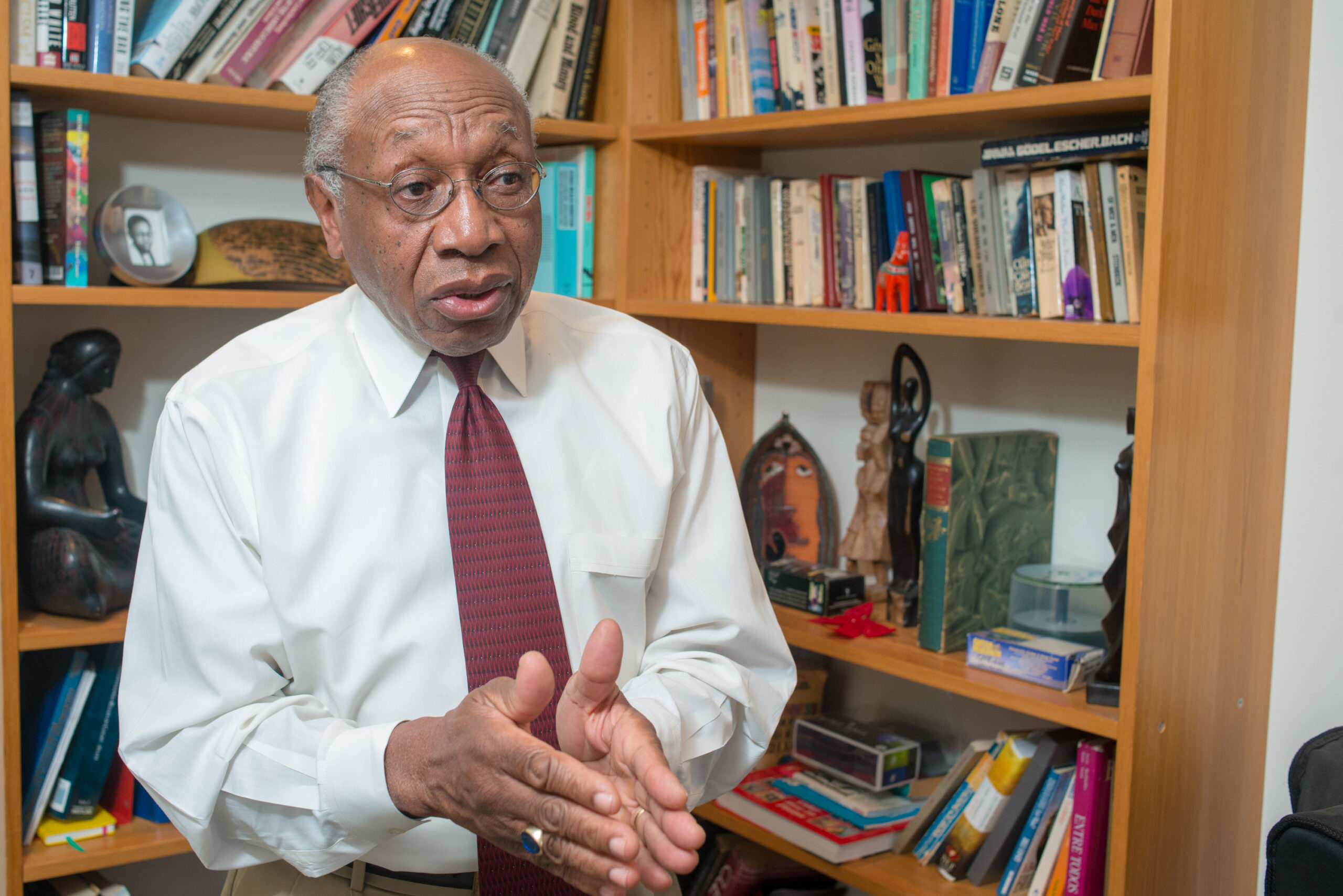 Bucks County Senior Judge Clyde W. Waite, the first and still only – African American Bucks County judge speaks about race at his home Tuesday, January 30, 2018 in Wrightstown, Pennsylvania. In 2016, the judge was wrongly pulled out of his home by police during the Thanksgiving holiday after a visitor to his neighborhood mistook him for a burglar. He also was mistakenly identified three decades earlier as a burglar while seated, then as a public defender, in a Bucks County courtroom. (WILLIAM THOMAS CAIN / For The Philadelphia Inquirer)